Yesterday AM, I woke up and made myself a ham and cheese omelet and headed out the door for a busy day. I had a meeting in Quincy that I had to get over to and a few more stops to make on the way.

For the lunch meeting, I brought a spread from Chili’s and ordered myself a salad that was recommended by the waitress. As she was describing it I thought it had potential…but I don’t think I realized that there was an entire quesadilla on the top of it.

I didn’t have any of the dressing because I really didn’t think that it needed it. But definitely a tasty little salad.

I originally had plans to head over to a Hip Hop Yoga studio in Boston to work out with a friend, but I messed up on the time and we ended up having to reschedule. Instead, Brent wanted to head out for dinner. So, we actually ended up going to the same place that we went on Valentine’s Day, Ginjo. 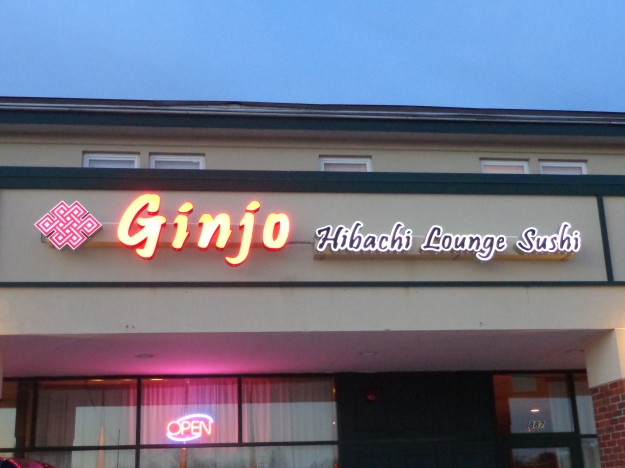 I didn’t end up writing anything on the date, but it was really fun. Instead of hitting up the Hibachi grill and ordering a scorpion bowl, we settled fro some sushi. Well…not really settled.

Brent ordered up some calamari to start and I started with some Miso Soup. I love that stuff. The calamari I have to say, was one of the best I have ever had. It was lightly breaded but still had a great flavor.

Yummy. For sushi, I was trying to stay somewhat healthy and ordered the Caterpillar Roll, which was eel and cream cheese wrapped in avocado. The little guy REALLY looked like a caterpillar!!

I’m not really sure which two Brent opted for, but the plate looked pretty impressive. It was also delicious!

They were also phenomenal. I love when the plates look like mini pieces of art that you get to EAT.

Just after we too our first bite of our meals, the waitress came over and placed a plate of two Sashimi in front of us. She said it was a special from the chef and it was called the “DRAGON BOMB.” Slightly scary name but I have to say, it was one of the best sushi bites I’ve had.

Lightly sears tuna with a spicy sauce on top. The chef ended up coming over to us after we finished our meal and I asked him what the name of the roll was again because I couldn’t quite remember and he just threw his hands up and said it had no name. It was a special roll. 🙂

Well, they should put this roll on the menu because it was a winner. 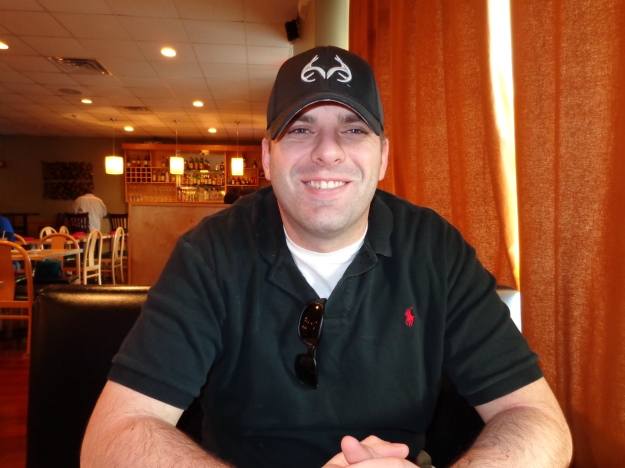 The hibachi grill was also a great time for Valentine’s Day.

Yoga is going to have to wait until next week, but I also have a few places booked for Saturday to look at WEDDING DRESSES! Should be interesting!

Have you ever gotten to try something off menu??